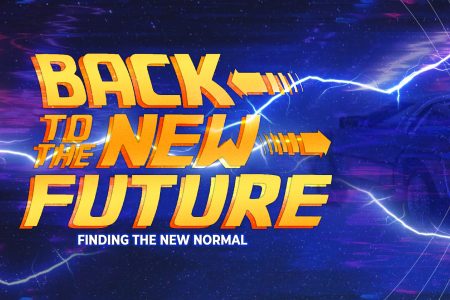 As Megan delivers her final talk at St John’s after filling in during Tim’s leave, she shows off her Latin vocabulary and looks at the phrase sub specie aeternitatis, meaning “from the perspective of eternity”. Peter uses this section of his letter to first-century Christians to lift our eyes to the reality of eternity – the present reality of suffering can make our lives difficult, but we must live in the light of eternity and things to come. Peter writes about ways people in the first century lived in the day-to-day, debauchery, lust, drunkenness, orgies, detestable wild living – and while they might not be a part of our day-to-day focus, there are still signs of living for today. If time is short, maximising the amount of pleasure in your life might be making sure you have the best clothes, that your money is secure, that your own personal success is guaranteed. Having the perspective of God, from an eternal point of view, can help us pe […]

Continuing our look through Peter’s letter to first-century Christians, scattered throughout the Roman Empire, Peter addresses a people who are beginning to be persecuted for their faith. Within a few years of this letter being written, Christianity is outlawed throughout the Roman world, and Christians are arrested for their faith.  Sam explores what happens when Christians suffer for doing good, and sees how Peter shows that they are blessed for their suffering, that suffering exercises their hope, and that Christians participate in suffering with Jesus- just as he suffered for us.

Grappling with harder and weightier topics in the Bible together as we strengthen our community and our faith in God. Megan tackles Peter’s instructions to first-century Christian Slaves, Wives and Husbands to submit to authority. These early Christians were freed in their relationship with God, and welcomed into this new family – no Jew or Greek, Slave or Free, Male or Female. The identity of these people broke through previous barriers of their culture. How does Peter’s instruction to submit follow through to us in the 21st century? Megan looks at the trajectory which Jesus himself set the culture on, and where it is leading us today.

How do you know how to take the right path in life? Sam explores these two verses from Peter’s letter to first century Christians, and how they show us which path we should take in our lives.  Should we walk the path of isolation, of assimilation, or of proclamation?

Peter’s letter to churches scattered across the known world of the first century speaks to the identity of the recipients of the letter and reminds them that they are a chosen people – chosen by God. Julie looks deeply into the phrases used to identify these early Christians, and by extension, us today. Being called ‘living stones’, and a ‘royal priesthood’ isn’t something we easily relate to today, but 2000 years ago the context of the ancient world would have made these identities make more sense.

A 2000-year-old letter written by one of Jesus’ friends, 1 Peter presents the Christian life as a journey that we all go on – beginning when we decide to start our relationship with Jesus, and ending when we see him face-to-face. Peter gives us directions for this journey, and this week Kirk explores Peter telling Christians to “be holy”, by being obedient. Obedience has a pretty lame reputation in most contexts, but Kirk shows us how being obedient can be a very good thing.

Peter’s letter to early churches scattered across the world speaks to people waiting in hope of something great to come. Though the people this letter was originally written to were facing trials and persecution, Peter encourages them that trials “…have come so that the proven genuineness of your faith—of greater worth than gold, which perishes even though refined by fire—may result in praise, glory and honor when Jesus Christ is revealed.” Megan explores waiting and how we are still waiting for Jesus. The experience of waiting is expected and purposeful for God’s people- we do not wait in the dark, but rather we wait with evidence.

Over the next 9 weeks, we’ll be reading through the first letter Peter wrote to early Christians, scattered throughout the known world- included in the Bible as the book of 1 Peter.  Peter was the leader of the early church, the first to realise that Jesus was and is the Son of God. Peter still though, was human. Peter denied Jesus three times on the night of his arrest, claiming not to know him, nor be his follower. Regardless, Jesus forgives and restores Peter to his identity as a follower of Jesus, and as the leader of the church.  This letter from Peter is addressed to “elect exiles”; what does this identity mean for Christians? Sam explores who this letter was written to then, and how that can still identify us today.